Rising Waters: How The Insurance Industry Can Respond To Flood Insurance Claims 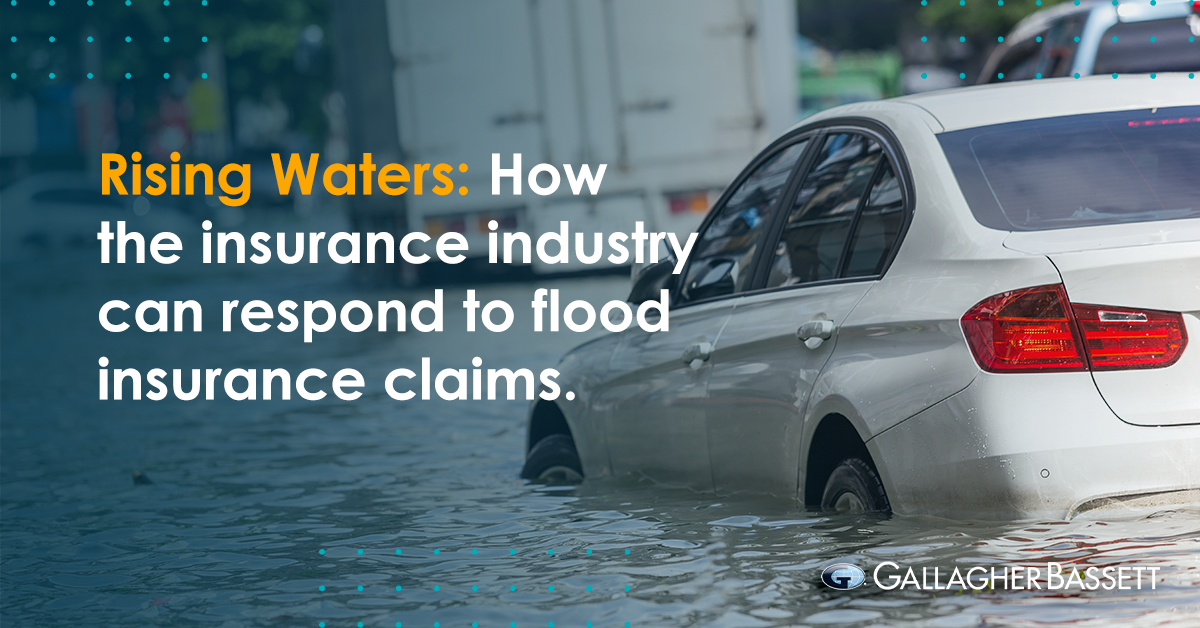 Natural disasters have plagued Australians in recent years but there’s hope that new changes will make a positive impact on the community. We discussed the devastating Black Summer Fires implications last year, which resulted in heartbreaking statistics such as 12.6 million hectares burned and 2400 homes lost, as well as loss of life and displacement of many Australian residents. This year, a second blow has been dealt with severe flooding across parts of Eastern Australia through March 2021.

After a severe weather warning was issued for almost three-quarters of NSW due to anticipated flooding, SES teams evacuated 18,000 people who were at risk. After the brunt of the rainfall had passed, many residents had either had severe damage or completely lost their homes, beginning a long path towards recovery.

The Insurance Council Of Australia declared an insurance catastrophe because of the widespread storms and floods. It reportedly received 17,000 claims and early industry estimates put the total estimated damage across the two states at $254.2 million. Flooding was widespread, spanning 600km from Sydney to the Northern Rivers in NSW as well as parts of south-east Queensland.

As flood insurance claims climb, it’s important to understand the reasons causing these events, policy changes to minimise the impact and repercussions of a shifting business model.

Let’s take a look at the facts:

1. Will Australia’s Floods Continue Increasing In Scale And Frequency?

Flooding is a natural part of an ecology that Australians are familiar with, having first recorded a flood event in 1806 at Maitland and hundreds more ever since. Sadly, it’s also resulted in significant damage to infrastructure and loss of life.

Australia’s leading science body, the CSIRO, believes that severe flooding has been influenced by climate change however the specific contribution of climate change to individual events is difficult to assess. Research on the year-on-year climate variability indicated that warmer temperatures, as well as rising sea levels, results in an increased amount of moisture transported from the ocean to the atmosphere. A warmer atmosphere can hold more moisture and most likely increase the intensity of extreme rainfall events.

2. What Actions Does The Australian Government Take To Help People Prepare for Future Floods?

Whilst weather patterns are forecast to fluctuate dramatically, the Australian Government is taking steps to minimise the impact of future floods.

There are a number of advocacy bodies at its disposal including the CSIRO, the Bureau of Meteorology (BOM), which is part of the Department of Environment and Energy, and the Attorney-General’s Department – Emergency Management Australia which supports the implementation of the National Strategy for Disaster Resilience through the Australian Institute for Disaster Resilience.

The CSIRO conducts scientific studies into natural disasters and is a proponent of climate-related solutions. They work with the BOM to analyse statistical data and perform experiments to see how technology and policy may help to reduce the rate of climate change. They also use research facilities to anticipate extreme weather events to warn residents when cyclones or floods are expected so they can safely evacuate.

A Support System For Resilience

In addition to predicting and studying flood activity, the Australian Government also has developed a support system for affected community members with the National Strategy for Disaster Resilience. This coordinates and promotes the development, sharing, and use of information for anyone working with, or affected by, disasters. It also encourages sustainable development strategies in floodplain areas.

3. What Are The Implications For The Industry In The Future?

There’s no doubt that flooding has catastrophic repercussions, not only in the loss of life, but also in property, businesses, farming, and belongings.

All this puts significant pressure on the insurance industry. Flood, fire and hailstorms are known in the industry as “secondary perils” and can rack up millions of damage in a matter of minutes or hours. “Primary perils” are major events such as cyclones and earthquakes, which were once considered almost impossible in highly populated areas like South-East QLD are no longer discounted. Such an event would be detrimental to the residents and the insurance industry alike.

To grasp the recent size of insurance relief, the industry lost $5.3 billion to pay out for damage caused by bushfires, floods and hail storms during the first quarter of 2020. Both IAG and Suncorp used all of their catastrophe allowances and relied heavily on their reinsurance contracts.

There has also been a shift in the business model of insurance companies. Premiums were traditionally based on a “community model” where the price of coverage was calculated at a neighbourhood, suburb, town or region level, meaning those who were more affected by natural perils were subsidised by those who weren’t.

However, with access to big data, insurance company actuaries are able to calculate premiums down to a single household, creating higher premiums for some and lower premiums for others. There is a fear from APRA that this may cause some people to be forced to pay extremely high prices or have no insurance at all, creating large areas of Australia that are uninsurable and increasing inequity.

In response to the increase of natural disasters, the world’s second-biggest reinsurer, Swiss Re, says climate change is resulting in a “new world” of weather uncertainty that will push up the cost of insurance in Australia.

The Swiss firm underwrites Australia’s major general insurers including IAG and Suncorp and stated Australian Insurers have consistently failed to predict the cost of these events and the modelling uncertainty is linked to climate change. The global nature of climate change is causing reinsurers to reprice risk all over the world. They have also emphasised their stance on climate change by refusing to insure or reinsure businesses that derive more than 30% of their revenue from thermal coal nor invest in the top 10% most intensive oil and gas producers.

Ultimately, it will come down to insurance companies and citizens to lobby the government to implement serious climate changes reforms – in particular reducing Greenhouse gas emissions from coal, transitioning to renewable energy, preventing land clearing and implementing more sustainable practices in businesses across the board.

Insurance companies cannot change things on their own though. The way forward is to pressure your government representatives to address climate change and implement reforms that will protect the environment and future generations of Australia.

Analyse Your Risk For Future Losses With Gallagher Bassett

As history has shown, floods are an inevitable part of living in Australia, so do your due diligence to assess and minimise the risk.

GB is Australia’s largest multidisciplinary Third Party Claims Administrator in Australia. Our tailored claims management solutions have been utilised in every major catastrophic event in Australia since 1998? Want an expert to help you prepare and manage catastrophic events? Speak to our Catastrophe team today.

This publication is not intended to offer legal advice or client-specific risk management advice. General descriptions contained herein do not include complete definitions, terms, and/or conditions, and should not be relied on for claims management interpretation. Actual claims and risk management policies must always be consulted for full coverage details and analysis.

In September 2019, the Department of Police, Fire, and Emergency Management (DPFEM) in Tasmania...

Gallagher Bassett (GB) is pleased to welcome John White, who has been appointed to the role of...