Bushfire Season Approaches: What the Insurance Industry can Expect 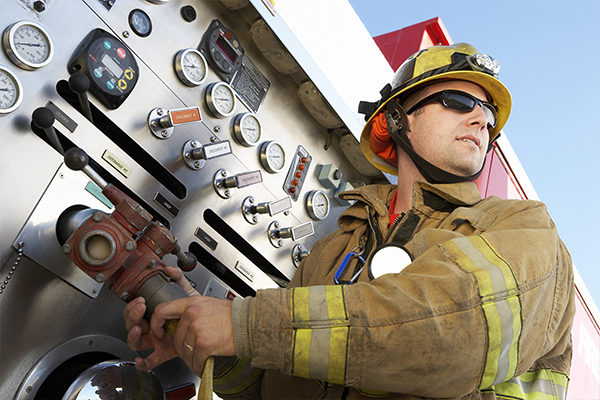 Between September 2019 and January 2020, fires blazed across 27 million acres of Australia's countryside – an area larger than Portugal.

This bushfire season was the most destructive on record, destroying more than 2500 homes, killing 1.25 billion animals, and permanently damaging whole ecosystems.

While fewer people died in this fire than on Black Saturday back in 2009, the massive amount of carbon dioxide and smoke caused by this fire could end up killing more people from smoke-related complications in the long run.

And ultimately, the nearly 400 megatons of carbon dioxide released into the atmosphere will continue to impact climate health until the burned forests re-grow and re-absorb the carbon.

But was this a one-off event or will wildfires become the summer norm in Australia? What has the Australian government done to prepare for the future? And how can the insurance industry prepare for the next bushfire season?

Let's look at the facts.

1. Will Australia's Bushfire Season Continue to Get Worse?

Wildfires and climate change are both cogs in a vicious cycle, one feeding into the other. As global temperatures continue to rise, summers become hotter and dryer creating the perfect environment for uncontrolled fires. As fires blaze, they destroy carbon-based biomass and release many megatons of carbon into the atmosphere and worsen atmospheric conditions.

Natural fires have happened in Australia for as long as the continent has been there. That hasn't changed. What has changed are the conditions surrounding and preceding the fires. Summers are getting dryer and climate scientists say this trend is going to continue inevitably for the next 20-30 years.

A recent study published in March 2020 found that climate change has increased the risk of drier weather each summer by at least 30% since 1900. The study also highlighted that the likelihood of a fire event as large as the Black Summer has increased by a factor of four in the last 120 years. Researchers say it's possible they are underestimating these numbers and the percentages could be even higher.

2. What is The Australian Government Doing To Help People Prepare for Future Fires?

The future of arid places like Australia and California might look grim, but government agencies are already preparing for the next fire season.

CSIRO, Australia's national science agency has been working with the Australian government for almost 70 years, focusing on predicting and managing fires, supporting rehabilitation and recovery, in conjunction with increasing national resilience.

Since 1900, CSIRO has collected data on life and house loss during fires in Australia. This database informs the Fire Authority Council and helps government agencies build early warning systems to keep people safe.

CSIRO runs full-scale house burnover experiments to see what building materials will burn less easily during a wildfire. They are continually updating the National Construction Code to keep new construction as fireproof as possible.

The CSIRO helped develop a pre-cast concrete panel technology. This concrete panel is fire resistant for four hours. Using these panels as insulation and then adding fire-resistant coatings can increase the likelihood your house will survive a ground fire.

A Support System For Resilience

Helping people survive during a crisis requires cooperation between government agencies and local officials and organizations.

3. How Should Insurers Prepare for the Future?

Not only did people lose their lives and animals lose their habitats, homes, businesses, and belonging went up in smoke.

An independent catastrophe firm named PERILS estimated the financial loss of the Black Summer peaked at $1.861 billion per week. It's difficult to visualize two billion dollars, but think of filling roughly two semi-trucks with pallets stacked with 100 dollar bills and then burning them up once a week and you have a close comparison.

That is a sizeable loss for any insurance company.

These fires were a kind of wake-up call to insurers to start considering anthropogenic (man-caused) climate change in their portfolios. Insurers need to investigate more thoroughly what causes these conditions to figure out how exposed their portfolios are.

Over the next ten years, property damage from wildfires will be mostly driven by variable climate systems. But over the longer term, you'll see the intensity of these events go up and the causes will most certainly be rooted in man-caused climate change.

Companies need to update their fire risk management plans. This time around, many companies were caught flatfooted because their management plans were out of date. Once plans are updated, personnel needs to be trained on the new material.

Insurers need to assess the future risk to their revenue streams. This means understanding how future fires might impact their revenue and how they might shore up risks in the long run.

Ultimately, the insurance industry can only do so much. It's up to governments to keep people safe. You need to lobby your local and state governments and councils. They are the ones who need to keep the land clean of undergrowth and implement strategies to reduce damage.

Pressure your government to address climate change and ensure that the futures of Australia and the world are kept safe.

Analyze Your Risk For Future Losses With Gallagher Basset

Brushfires are inevitable but the risk can be understood and minimised.

This publication is not intended to offer legal advice or client-specific risk management advice. General descriptions contained herein do not include complete definitions, terms, and/or conditions, and should not be relied on for claims management interpretation. Actual claims and risk management policies must always be consulted for full coverage details and analysis.
GB’s MyPulse Health Clinics Support Employee Health and Wellbeing›

In September 2019, the Department of Police, Fire, and Emergency Management (DPFEM) in Tasmania...

Gallagher Bassett (GB) is pleased to welcome John White, who has been appointed to the role of...